Sex chromosomes are an ideal system to study processes connected with suppressed recombination. We found evidence of microsatellite expansion, on the relatively young Y chromosome of the dioecious plant sorrel (Rumex acetosa, XY1Y2 system), but no such expansion on the more ancient Y chromosomes of liverwort (Marchantia polymorpha) and human. The most expanding motifs were AC and AAC, which also showed periodicity of array length, indicating the importance of beginnings and ends of arrays. Our data indicate that abundance of microsatellites in genomes depends on the inherent expansion potential of specific motifs, which could be related to their stability and ability to adopt unusual DNA conformations. We also found that the abundance of microsatellites is higher in the neighborhood of transposable elements (TEs) suggesting that microsatellites are probably targets for TE insertions. This evidence suggests that microsatellite expansion is an early event shaping the Y chromosome where this process is not opposed by recombination, while accumulation of TEs and chromosome shrinkage predominate later.

#Supplementary notes can be added here, including code and #math. 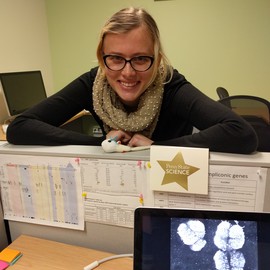